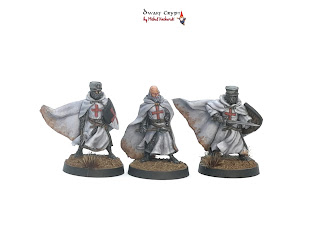 Not one, not two, but three new painted Templars from CP MODELS today!
The INBOXING of the set can be found HERE

After the Franks in the First Crusade captured Jerusalem from Muslim conquerors in 1099, many Christians made pilgrimages to various sacred sites in the Holy Land. Although the city of Jerusalem was relatively secure under Christians control, the rest of Outremer was not. Bandits and marauding highwaymen preyed upon these Christian pilgrims, who were routinely slaughtered, sometimes by the hundreds, as they attempted to make the journey from the coastline at Jaffa through to the interior of the Holy Land.

In 1119, the French knight Hugues de Payens approached King Baldwin II of Jerusalem and Warmund, Patriarch of Jerusalem, and proposed creating a monastic order for the protection of these pilgrims.
King Baldwin and Patriarch Warmund agreed to the request, probably at the Council of Nablus in January 1120, and the king granted the Templars a headquarters in a wing of the royal palace on the Temple Mount in the captured Al-Aqsa Mosque.
The Temple Mount had a mystique because it was above what was believed to be the ruins of the Temple of Solomon.

The Crusaders therefore referred to the Al-Aqsa Mosque as Solomon's Temple, and from this location the new order took the name of Poor Knights of Christ and the Temple of Solomon, or "Templar" knights.
The order, with about nine knights including Godfrey de Saint-Omer and André de Montbard, had few financial resources and relied on donations to survive. Their emblem was of two knights riding on a single horse, emphasizing the order's poverty...*
*wikipedia 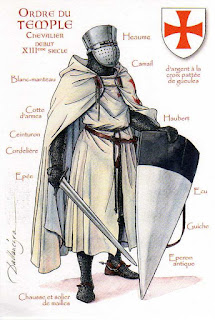 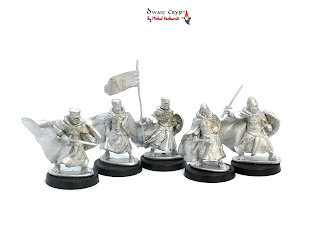 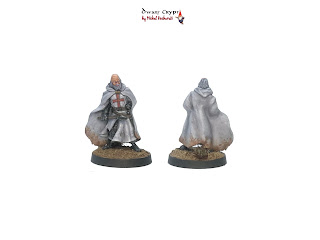 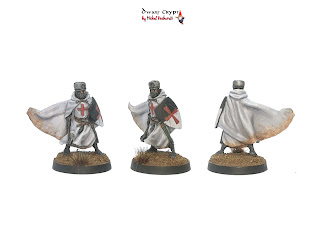 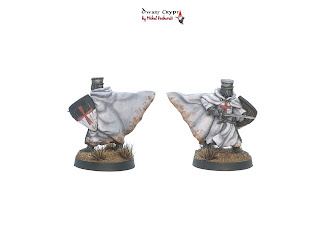 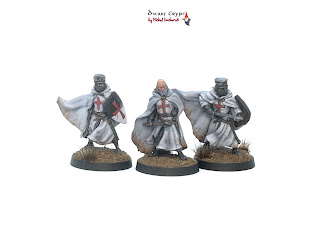 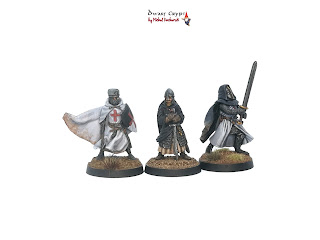