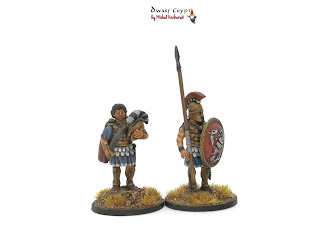 I am starting a new year full of Ancient Greece! I took it as a point of honor to paint the Athenian, the Spartans and some bases of mercenary hoplites units.

Today I invite you to the post dedicated to two heavy Hoplites, which I will join the Athenian forces collection.
The set comes from the MORTAL GODS system and the ATHENS add-on, which I unpacked in 2019 (shame! shame!) HERE.

As I mentioned before, I have a very large number of Greeks waiting to be painted, so 2022 will be very much in the atmosphere of Ancient Greece (initially 2021 was supposed to be medieval and even for the first two quarters I started painting models from that time, but later I also missed at other times in history).

Figures by VICTRIX LTD look very nice, and they are probably the most beautiful models of hoplites. By default, I tried to paint the armor of my fighters with a simple NMM, and it looks pretty good, I guess.

It's definitely more time consuming than gold and ink, but you can go crazy with brown and have more satisfaction.

And why the ELITE heavy hoplites today?
The hoplite armor was very expensive (it can be compared to the cost of a good car), the figures show a variant with a bronze armor with emphasized muscles, greaves and a Chalcidic helmet.
Having armor was a sign of belonging to the middle class.
The image is completed with the Hoplon shield (from which the name of the hoplite is derived), a spear (2 to 3 meters) with an iron spike - the opposite spike was made of bronze (which some paint badly!). 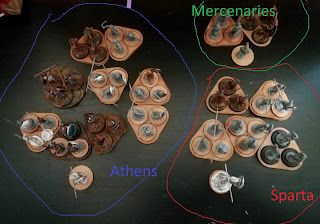 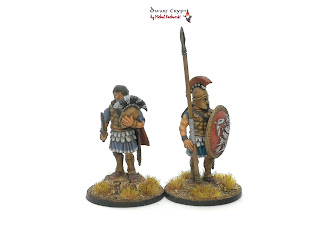 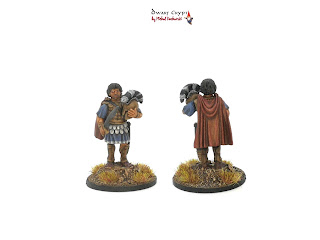 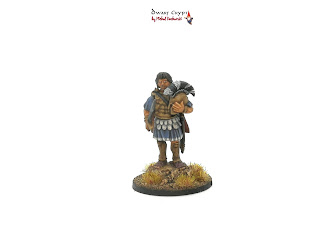 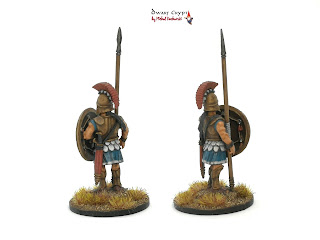 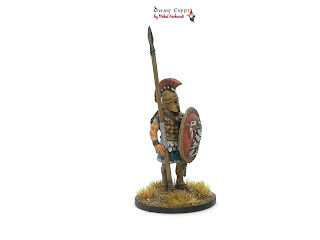 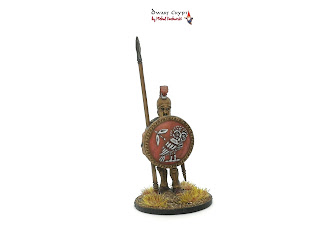 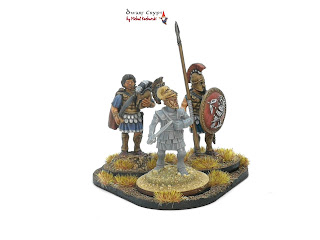