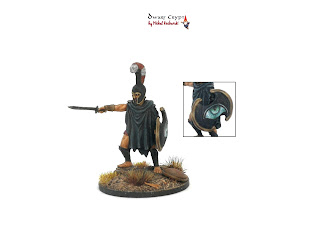 It still remains in ancient climates and today I invite you to a meeting with Polykratos.
The model is from Footsore Miniatures and Games and I fell in love with it at first sight.

It is true that I was to finish the Athenians first, then the Spartans and the mercenaries were to go last, but who will forbid me to change? I don't race with anyone, I don't have any deadlines, so I paint whatever I like ;-)

Again, the armor is not perfect NMM and the "Eye of Hera" shield is my freehand. Hope you like it!

"He danced swiftly inside the strong spear thrust knocking it downwards with his shield as he did so. He could see his vicious grin mirrored in the blade of his sword as it plunged into the Spartan's neck ending his attacker's life swiftly.

Polykratos surveyed the corpses of the five Spartans that littered the ground around him, even with the initiative allowing them to ambush his Lochos, they were no match for his skill.

"This will teach those self-righteous bastards a lesson, always they think they are the best warriors." He chuckled under his breath.

Just as now, as always, he intended to show them otherwise, one or ten at a time he didn't care. His blade would end them, as theirs had done to his beloved wife and children.

He glanced in approval as his followers finished off the remains of the enemy, only a few of his band had fallen.

As tales of his victories spread, more and more fighting men wronged by the sons of Laconia arrived to follow him and fight.

His father's father stood at the hot gates against the Persian tide but his people were still neglected by history, he thought. His wife, his family, his love, torn from this life by Spartan mercenaries. Polykratos the hero of Thespis sought revenge.

Soon red would be the only colour any of them knew. 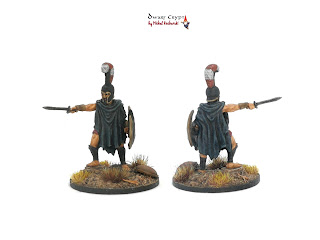 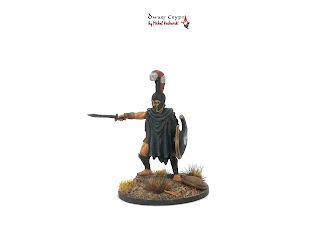 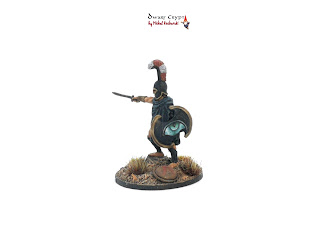 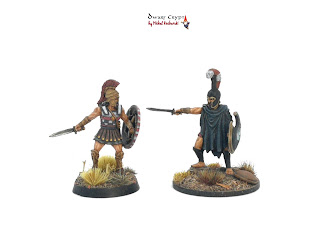 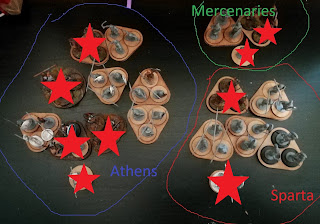