The One Ring: Sam Gamgee 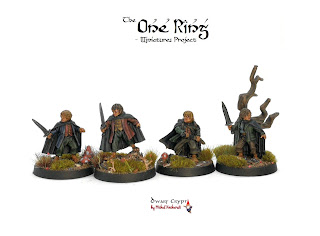 “That there's some good in this world, Mr. Frodo... and it's worth fighting for.”
― Samwise Gamgee

After the painted models of Frodo and Merry and Pippin, it's time for the last one of the "big four" hobbit!
I must admit that I have been hunting this GW metal Sam Gamgee model at Internet auctions for a long time.

Samwise Gamgee (born TE 2980) - Hobbiton hobbit, close friend and faithful companion of Frodo Baggins, member of the Fellowship of the Ring, one of the Ring-bearers and seven-time mayor Michel Delving.

From his youth, he lived on Bagshot Row 3 with his father Hamfast Gamgee, mother Bella Gamgee and five siblings. From childhood, Samwise had been helping his father, who was a gardener in Bag End, and when Hamfast grew old, Sam took over the garden in Bag End from his father.

It was in Bag End that Sam met Bilbo Baggins, who told him about his adventures in distant countries.
It was Bilbo who taught Sam to read and ignited his dream of traveling. When Frodo moved to Bilbo, Sam became a wonderful companion and friend of the young hobbit. On September 22, 3001 TE Sam attended Bilbo Baggins' birthday party... 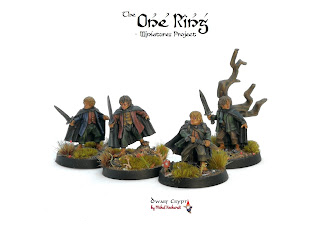 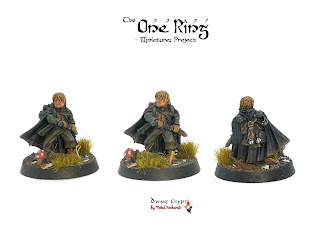 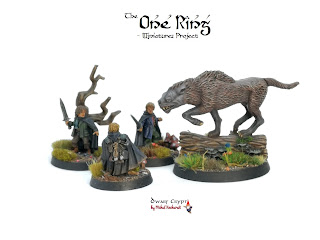 Hobbit LOTR Middle-Earth The One Ring