Ashigaru- from Japanese 足 軽 "light-foot". They were lightly armed and armored foot soldiers in feudal Japan, constituting the backbone of the army of the feudal rulers, the daimyō, during the Sengoku period.

However, the key moment in which these light soldiers were used comes during the Ōnin War (1467-1477), when the sengoku-daimyō radically changed the methods and methods of combat, supplementing an army initially composed of loyal samurai numerous "lightfoot" units, which made it possible to quickly organize a significant number of soldiers at a low cost.

Ashigaru were recruited mainly from landless peasants, temple workers, the homeless, the urban poor and petty thugs (hence these warriors often did not have surnames).
Commanding such a jumble turned battles into chaotic brawls until the feudal lords realized that ashigaru should be disciplined and guaranteed continuity of service.
Low morale and poor training meant that these soldiers had no qualms about setting fire to and robbing temples, ruining aristocratic estates, and going over to the enemy's side.

The introduction of ashigaru to the battlefield was a consequence of a general change of tactics from samurai duels "one-on-one" to group combat.

Ashigaru units were formed according to the weapons they used (teppō-gumi - arquebusers, yari-gumi - spearmen, yumi-gumi - archers), and each separate unit was commanded by samurai called kumi-gashira.
Initially, ashigaru were mercenary troops, but with time their relations with employers became more and more strict, by including them, for example, in family troops wearing the same uniforms.
The most famous "light footed" was Hideyoshi Toyotomi.

At first, their armament and armor were varied and patchy. According to some records, in 1468 a strange group of three hundred people wandered towards the Uji Jinmeigu temple:

"They held lances in their hands, some wore golden helmets and others wore bamboo hats. Their one-piece kimonos had holes in them and dirty".

Ashigaru, due to the fact that they belonged to the lowest class of samurai, could not wear katana swords. Instead, they had a medium sword - a wakizashi, which they wore with an upward cutting blade 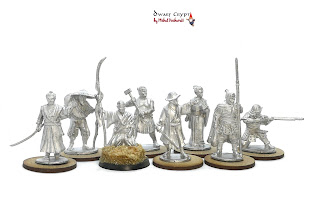 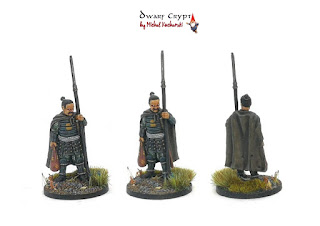 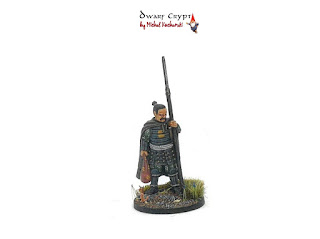 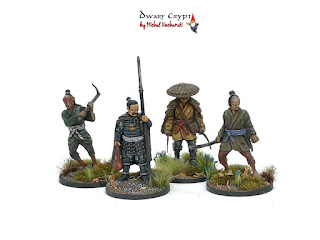 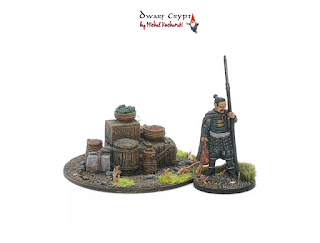